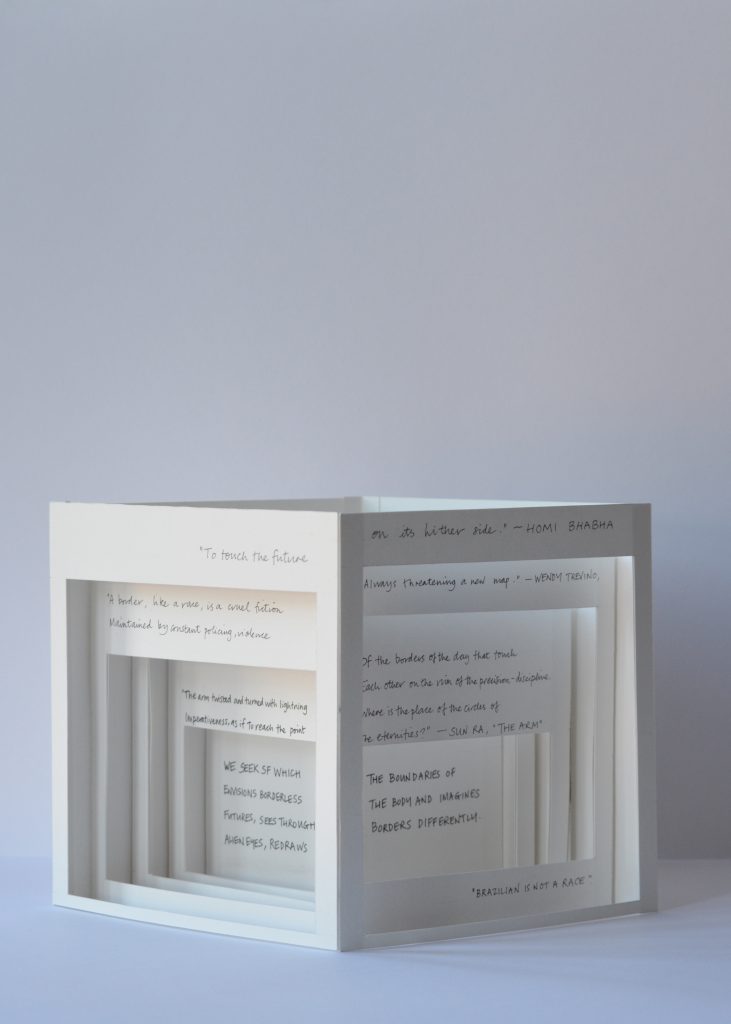 The CCL is excited to announce the Call for Papers for this year's London Science Fiction Research Community (LSFRC) annual conference! This will be the fourth event, which is usually held at Birkbeck, University of London.

As a result of the ongoing crisis this conference will have to take place online, with the possibility of some optional in-person elements. We think now more than ever is a time to question the role of borders in our lives and so we want to proceed with this conversation. If you have any questions or concerns about this please feel free to get in touch.

Borders are one of SF’s most consistent preoccupations, from alien encounters, to narratives of outer space colonisation and on to the construction of walls between worlds. Moreover, the many barriers to entry in the publishing industry mean that borders also shape the conditions under which we read SF and determine whose SF we read. Borders are not always codified or officially policed. Too often, they are invisible, insidious and supported by supposedly benign institutions. However, while SF has perpetuated the violence of borders, it has also revelled in their transgression. Queer creators, disabled creators and creators of colour have shown us the decolonial and non-binary possibilities opened up by the genre. SF is filled with cyborgs, hybrids and monsters who challenge binary divisions of self/other, animal/human, technological/organic and material/immaterial. The body in SF is frequently broken down, expanded or pushed to its limits, as authors imagine new ways of being and strange erotic couplings. At this conference we will explore not only the ways in which SF makes visible the violence of borders, but also SF which imagines their permeability and deconstruction, SF which goes beyond. As Homi Bhabha has argued, ‘to dwell ‘in a beyond’ is […] to be part of a revisionary time, a return to the present to describe our cultural contemporaneity; to reinscribe our human, historic commonality; to touch the future on its hither side.’ We move beyond in order to touch and change what is happening now – we envision borderless futures in order to transform the borders which so cruelly police our present.

For our 2020 conference, the LSFRC invites papers exploring borders in SF. We understand this theme broadly but are particularly interested in papers which address borders as politicised tools used to uphold empires, divide communities and police the bodies of those most marginalised. Our understanding of SF is likewise broad, and we in no way intend to use the traditionally acknowledged borders to the genre to exclude those whose work cannot be neatly defined by the term ‘science fiction.’ We welcome proposals considering SF across all media, as well as papers which frame the efforts of those working to dismantle borders – whether as activists, community organisers or migrants themselves – in terms of their relationship to science fiction.

The LSFRC are delighted to partner with the London Chinese Science Fiction Group and Science Fiction Beyond the West for this event. If you want your paper to be considered for one of their streams please indicate this in your submission.

Writing Chinese science fiction in itself is an attempt to cross the ‘invisible’ boundary by which China is always considered ‘the Other’ to the production of English-language SF stories. Following Liu Cixin’s Hugo winning in 2015, Chinese SF writers have been endeavouring to reposition Chinese identity and ‘Chinese-ness’ in the now globalised world characterised by the ‘unevenness’ and ‘commercialism’ of the cultural logic of late-capitalism and post-socialism. Therefore, the stream on Chinese SF for this conference focuses on how Chinese-related SF works, either in literature or other forms, respond to those ‘boundaries’ in their broadest definition.

From SF Beyond the West:

In her introduction to Palestine +100: stories from a century after the Nakba, Basma Ghalayini describes science fiction as a luxury. Imagining oneself into the future is a privilege, one which is distributed unevenly across borders of geography, language, and culture. Despite its boundless capacity for world-building and imagining alternative realities, the field of science fiction studies has only recently begun to interrogate how the uneven distribution of futurity is reflected in material histories of the science fiction genre broadly. For this stream, we welcome papers which explore forms of speculation and futurity beyond the West, seeking pathways through which to reconceptualise the borders of the field rather than to qualify them. We welcome submissions which focus on how questions of borders – in any form – are animated by science fiction and speculative fiction from the Global South. Papers may focus on literature, film, art, or any other media through which we may ‘go beyond’.

Susan Stryker, ‘My Words to Victor Frankenstein Above the Village of Chamounix: Performing Transgender Rage’ (1994)

Sylvia Wynter, “Unsettling the Coloniality of Being/Power/Truth/Freedom: Towards the Human, After Man, Its Overrepresentation—An Argument”

Kathryn Yusoff, A Billion Black Anthropocenes or None (2019)