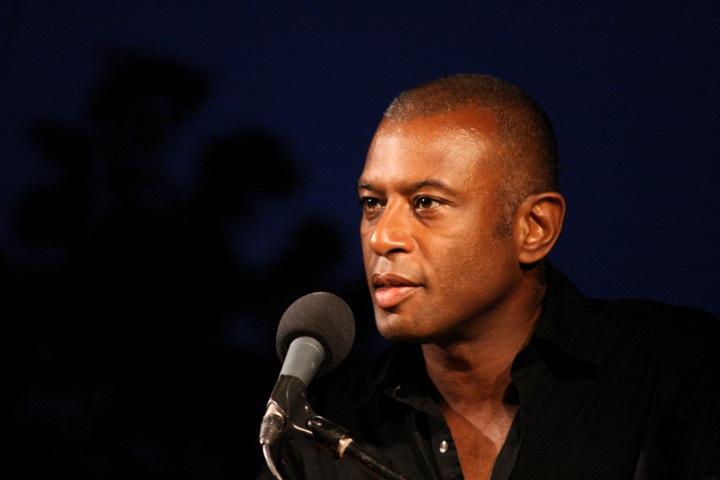 ‘One grim winter evening’ are the opening four words of Samuel Selvon’s classic novel, The Lonely Londoners (1956). As Phillips writes: “Selvon’s depiction of London as both hostile and a place that his characters hold dear in their hearts, always puzzled me. I grew up as part of a generation who were quick to reject Britain’s negative attitudes towards her non-white population. We were ‘radical’  and quick to push back, while the earlier generation appeared to be stubbornly determined to belong. I will look again at this postwar migration from the colonies into a not always welcoming Britain, and think about how this colonial migration differed from political or economic migration.”

Caryl Phillips was born in St. Kitts and came to Britain at the age of four months. He grew up in Leeds, and studied English Literature at Oxford University. He began writing for the theatre and his plays include Strange Fruit (1980), Where There is Darkness (1982) and The Shelter (1983). He won the BBC Giles Cooper Award for Best Radio Play of the year with The Wasted Years (1984). He has written many dramas and documentaries for radio and television, including, in 1996, the three-hour film of his own novel The Final Passage. He wrote the screenplay for the film Playing Away (1986) and his screenplay for the Merchant Ivory adaptation of V.S.Naipaul’s The Mystic Masseur (2001) won the Silver Ombu for best screenplay at the Mar Del Plata film festival in Argentina.

He was named Sunday Times Young Writer of the Year in 1992 and was on the 1993 Granta list of Best of Young British Writers. His literary awards include the Martin Luther King Memorial Prize, a Guggenheim Fellowship, a British Council Fellowship, a Lannan Foundation Fellowship, and Britain’s oldest literary award, the James Tait Black Memorial Prize, for Crossing the River which was also shortlisted for the 1993 Booker Prize. A Distant Shore was longlisted for the 2003 Booker Prize, and won the 2004 Commonwealth Writers Prize; Dancing in the Dark won the 2006 PEN/Open Book Award. He is a Fellow of the Royal Society of Literature and the Royal Society of the Arts, and recipient of the 2013 Anthony N. Sabga Caribbean Award for Excellence.

He has taught at universities in Ghana, Sweden, Singapore, Barbados, India, and the United States, and in 1999 was the University of the West Indies Humanities Scholar of the Year. In 2002-3 he was a Fellow at the Centre for Scholars and Writers at the New York Public Library. Formerly Henry R. Luce Professor of Migration and Social Order at Columbia University, he is presently Professor of English at Yale University. He is an Honorary Fellow of The Queen’s College, Oxford University.

Below is the recorded lecture:

And here is a short video of responses to Caryl’s lecture from Birkbeck staff and graduate students: