How have zombies prepared us for the current viral pandemic? The CCL's very own Professor Roger Luckhurst considers what we might learn from the cultural figure of the zombie in a video featured as part of the Birkbeck Inspires series.

As Roger notes, Birkbeck's Department of English, Theatre & Creative Writing is "curiously ready" for the current Covid-19 pandemic, having spent several years supporting research into areas that now seem alarmingly relevant. Roger's own book Zombies: A Cultural History (Reaktion Press, 2015) examines the cultural figure of the zombie from its beginnings in obscure folklore and primitive superstition to contemporary visions of global apocalypse, such as the films 28 Days Later, I Am Legend and World War Z, as well as the phenomenally successful TV series The Walking Dead. Sifting through materials from anthropology, folklore, travel writing, colonial histories, long-forgotten pulp literature, B-movies, medical history and cultural theory Roger's book offers a definitive short introduction to the zombie, exploring the manifold meanings of this compelling, slow-moving yet relentless monster. Meanwhile, Dr Peter Fifield has been investigating the influence of virology and bacteriology in early twentieth-century literature as part of his current book project, Sick Literature. Dr Grace Halden brings an expertise on nuclear culture to the department with her analysis of nuclear apocalypse and its aftermaths in her book Three Mile Island: The Meltdown Crisis and Nuclear Power in American Popular Culture (Routledge, 2017). Working on a different approach to understanding apocalypse, Dr Caroline Edwards is considering the utopian and dystopian implications of ecocatastrophe narratives of climate crisis in literature, film, graphic fiction, contemporary art and music in her current book project, Arcadian Revenge: Science Fiction in the Era of Ecocatastrohpe.

Click below to watch Roger's talk here, or head over to Birkbeck Inspires for more videos and free online resources about current issues. 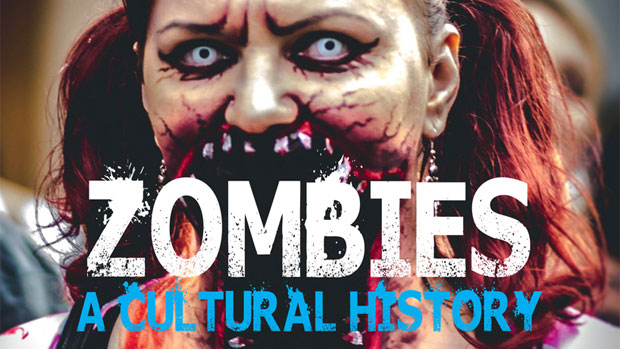