Such Stuff As Dreams Are Made On

Home » Articles » Such Stuff As Dreams Are Made On

Patti Smith, Year of the Monkey

Patti Smith dreams and writes, writes and dreams, walks, sleepwalks, questions and converses with all manner of signs in her latest memoir. Drawing on events of the last year she spent with her close friends Sandy Pearlman and Sam Shepard, she revisits focal points in her career, enclosures previously visited, landscapes she had never seen but feels lured to, and recreates conversations that have never (and may) not take place in the realm of the real, all under the auspicious protection of the year of the monkey (2016) in the lunar calendar.

The main protagonist is the process of dreaming and its outcomes. Dreaming takes on an elastic function in Smith’s narrative, as she blurs the boundaries between sleeping and wakefulness, bringing in elements of the unconscious into her waking moments: ‘I actually watched myself fall asleep’ (58). Her chronicles are ornamented with uncanny discoveries of candy wrappings, ‘All opened, yet not a trace of chocolate’ (11), and signs that voice enigmatic messages – ‘There are many truths and there are many worlds’ (23) – as she embarks on a quest for clues: a process fashioned after the detective novels she hopes to write one day or, some might argue, a tribute to Roberto Bolaño’s 2666. An obvious and almost expectable intertextuality with Alice’s Adventures in Wonderland lurks in the narrative, blaming on the magnetic power of the Dream Inn sign the distorted images her minds summons, likening her to ‘Alice herself, glumly presiding over an endless tea party’ (6).The only difference from that classic text is that Patti knows exactly where she is heading and who is waiting for her (or no longer will be) at the end of this fateful year. Smith does not limit herself to comment on the reality she witnesses; she transcends images and appearances to explore the soul behind an inert neon sign, or a bowl of soup.

The narrative in Year of the Monkey blurs the lines that divide the present from the future and from the past. These are obliterated to give way to a constant criss-cross of temporality, like the moment when she has an epiphany about taking a trip to see Ayers Rock, in Uluru, and her interlocutor assures her she has already started that trip – in her mind: ‘The soles of your shoes are already red’ (104). It is not surprising to discover her longing to visit Ayers Rock. In Smith’s world, life is an ever-present punctuated by focal points, which illuminate certain periods of her life but lead up to any other point in the past and future. It is reminiscent of the tradition of the Dreaming or Dreamtime according to Australian aborigines, a time of creation when totemic spirits roamed the land (O’Keefe, 1984). The Dreamtime is also ‘the life spirit which ties man, society and nature, both past and present, to the living now’ (O’Keefe, 1984: 50). Temporality is then structured in a spiralling shape, rather than linear. In this cosmogony, moments could be encountered or relived from another perspective and could be said to be aligned on a coil, like that of a monkey’s tail. This criss-cross or juxtaposition of moments enables Smith’s narrative to bridge gaps with the departed from her life, such as her late husband. She reaches out to his memory through tearing off February 29th from the calendar. ‘March first. My wedding anniversary, twenty years without him, which prompts me to pull an oblong box from under the bed’ (79): so she reveals the folds of her dress, inviting that speck of the past to be part of her present once more.

Similarly, the boundaries dictated by social dynamics are blurred, especially in the way she receives messages through unconventional channels, for example with Sandy: ‘– Keep the wrappers with you, put them under your pillow at night. It will come to you in your sleep’ (46). She also deploys an ability to get answers without verbalising the questions, only evoking them mentally. ‘– How could it be? I was thinking. – The broth is working, he said, reading my thoughts’ (93) In a way, the year she is writing about is part of the prelude to her 70th birthday, and she is seeing how two close friends are closer to departing from her life. She is experimenting with new channels to communicate with them, which transcend temporality and logic. During a night in the opera she takes a wrong turning returning from the toilet only to find herself clutching one of Maria Callas’s costume dresses. Contrary to what anyone would logically do these days – probably post visual proof of the moment so as to spark envy in thousands – she returns to her seat, among her friends, quietly. ‘They had no idea’, she reflects, ‘that in the space of an intermission I had touched the sacred vestments of Medea, whose threads contained the seat of the great Callas and the invisible handprint of Pasolini’ (98). The glow of that memory is kept smouldering inside her until it is ripe to come out, triggered by another memory. In a circular motion, ascending, her memories are linked to one another, creating a rich tapestry. Even at an intertextual level, she refers to events rendered in her earlier memoir Just Kids (2010).

Despite Smith’s hankering for atemporality, her narrative remains largely aware of the times we are living in and their urgent issues. She relishes the simplicity of a frugal lifestyle: a bowl of stew, a mug of steaming coffee from a tin kettle. Her account urges the reader to avoid unnecessary luxuries, using up resources and increasing carbon emissions when she chooses to car pool, wraps herself in blankets and washes her clothes by hand. She focuses on basic rituals of survival as an imperative call to a simpler kind of living, as a desperate reaction to climate change. The reader is also shaken awake to face reality by Smith’s reference to the upcoming presidential elections in the United States: ‘The mischievous monkey, toying with the climate, toying with the coming election, toying with the mind, producing sour sleep or no sleep at all’ (110). The tone is apocalyptic; if she is not able to sleep, atemporality is blocked and communication through unconventional channels cannot be attained.

Patti Smith longs to encompass all temporality, all her life within a glimpse or within a cosmogony that will enable her to relive her primal experiences. And far from turning her account into a maddening journey, she attains this with a supernatural sense of calmness, in an unpretentious style. She craves atemporality and then relishes the lunar calendar; she cherishes the pre-historical dreamtime; she finds all of her lives in her dreams. She hopes to break free from linear structures of temporality and reality by stepping in and conquering the realm of the unconscious and its sacred (il)logic.

Karina Cicero is a graduate of the MA Contemporary Literature & Culture at Birkbeck, University of London. 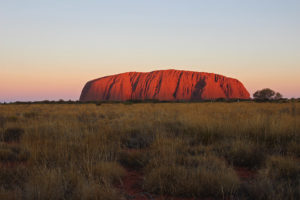