On Thursday 23rd May 2019, we held the second workshop in our series Organic Systems, which is supported by CHASE, the Consortium for the Humanities and the Arts in South-East England. This episode of our collaboration between Birkbeck and Goldsmiths took place in Birkbeck’s Cinema. A sizeable audience came along, including CHASE PGR students and also interested members of the public who had seen the event advertised as part of Birkbeck’s annual Arts Week.

Like other events in the series, the workshop had the following aims:

After a general introduction to the themes of the series, we heard from Dr James Machin, currently based at the Royal College of Art, who discussed his experience of applying for and undertaking research fellowships in fantastic literature. James successfully applied for grants to visit the Harry Ransom Centre in Austin, Texas and the University of California at Riverside. His research was not on science fiction as such but on early instances of ‘weird fiction’, overlapping with horror and Gothic, notably the writing of H.P. Lovercraft and John Buchan’s lesser-known work in this field. James showed us his applications on screen, and gave advice on making them successful. In particular, he said, be thorough, and argue the case that the archive in question is crucial to your research, which couldn’t be completed without it. In response to questions, James also described the experience of working in an archive and the thrill of encountering original material that has rarely if ever been viewed before.

The second part of the day was an extended panel discussion with three speakers: Sean Cubitt of Goldsmiths; Katie Stone, who is undertaking a PhD on science fiction at Birkbeck; and Francis Gene-Rowe, who is completing his studies at Royal Holloway. The panel was chaired by Aren Roukema who is completing a PhD on science fiction and religion at Birkbeck. Sean gave a fascinating presentation involving clips from the films Source Code (2011) and Déja Vu (2006), exploring the interaction between sound and image and their construction of virtual worlds. Katie and Francis then produced more of a dialogue between two streams of thought that were supported by an extensive series of slides, headed The Strange Ecologies of Science Fiction. Films mentioned and glimpsed included the recent Avengers blockbuster and other superhero pictures and John Carpenter’s They Live (1988), as well as the cinema of Andrei Tarkovsky. This session was recorded for a podcast.

Gathering outside the Cinema for a small reception, we were able to look at an exhibition that Katie Stone had put together of science fiction books from diverse authors. We then moved to the Clore Lecture Theatre for the evening’s screening of Tarkovsky’s Solaris (1972), an adaptation of the 1961 novel by Stanislaw Lem. The film was introduced by Francis with Tom Dillon on behalf of the London Science Fiction Research Community. With a beautiful warm May evening outside, it was rather impressive to see so many people watching a lengthy, subtitled Russian film in a darkened basement.

The next session in our series is also at Birkbeck, on 4th July. 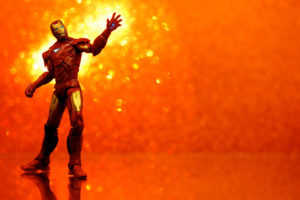 Image by JD Hancock, used under a CC BY 2.0 licence.