Organic Systems is a series of four workshops on Science Fiction and Ecology, aimed primarily at postgraduate research students and supported by CHASE, the Consortium for the Humanities and the Arts in South-East England. The series is a collaboration between Birkbeck and Goldsmiths, two colleges of the University of London, and specifically between the Centre for Contemporary Literature (Birkbeck) and the Critical Ecologies research strand (Goldsmiths). Each workshop has the following aims:

The first of the four workshops was held at Goldsmiths on Thursday 2nd May 2019. We began by reflecting in general terms on the rationale of the series and the connections between SF and ecology.

We noted the still emerging interest in SF as critical field – in literary studies, film, media, culture, visual art, and so on. Locally, an important agent in this has been the London Science Fiction Research Community (LSFRC), a group primarily based at Birkbeck but involving members from elsewhere. It was LSFRC that first used the title Organic Systems, applied to a series of reading groups that culminated in a symposium in 2017. We thus borrow our title with due respect to them. We can also note an increasing role for SF as a way of thinking about other fields – such as economics,  sociology, media, urbanism, or – as we want to explore – ecology. A good example of this crossover is Economic Science Fictions (2018), edited by William Davies and published by the Goldsmiths Press in 2018. Such work suggests that SF may currently be an interdisciplinary space where different social concerns can meet in fantastical and speculative form.

Meanwhile, ecology is more insistent in the media and public consciousness than it has been some time. Indeed the last month or so before our first session featured the dramatic protests staged by the group Extinction Rebellion, and the intervention of Swedish school striker Greta Thunberg into UK politics, among other ongoing events.

It is sometimes said that among all cultural and artistic forms, science fiction is unusually well placed to address such concerns: because of its ability to extrapolate and estrange, and because it might be better able than other narrative forms to match the scale of phenomena like climate change. We can recall a significant history of SF that has engaged with ecology, in writers including Ursula K. Le Guin (with her interest in ecosystems, world-building, anthropology and utopia), Margaret Atwood (who has written some of the most prominent recent speculative fiction on climate change and biological science), Judith Merrill (who wrote in mid-century about the fear of nuclear war and its effects), and Kim Stanley Form (who has written on epic scale about terraforming other planets, and about extrapolated ecological futures for Earth). In general, during our Organic Systems series, we want to keep in mind questions like: why has SF been so connected with themes of ecology? What is it that the genre can do for ecological thinking that other kinds of narrative and art don’t?

The series includes dedicated sessions from experts on aspects of research, and the first of these was Ross MacFarlane, Research Development Specialist (Modern) at the Wellcome Library. In his presentation on ‘Fantastic Literature in the Archive’, Ross gave us an insight into the nature of archives and different ways of defining and conceiving them; the role of the archivist; and the ways that archives shape the knowledge available to us. He shared rich information about the Wellcome Archive, focusing especially on points where it intersected with the fantastic or science-fictional, ecology, or both. These examples included images of fantastic animals from the 1560s; speculative and satirical illustrations of future technology (including airships and large-scale vacuum tubes) from the 1820s; a health product advertised like a late 19th century SF narrative with the title The Peril in the Air; the publication The Wonderful Magazine, which published Swift’s Gulliver’s Travels; an item on the scientific classification of the Loch Ness Monster. Ross also told us about the Pioneer Health Centre in South London, as an example of an institution whose archives can be revisited from multiple research perspectives; and highlighted the amount of material now digitized and freely available on the Internet, including the whole of Amazing Stories and Popular Science. Websites like Open Culture, Public Domain Review and The Internet Archive are important resources, as is efanzines.com. Ross referred to the ‘Futurism’ of an archive, the way that it necessarily points forward to a future that may well be beyond the lifetime of an individual archivist. Ross also told us about the archive of J.G. Ballard, now housed in the British Library. It seems that Ballard did not deliberately save much to be archived, but threw material away when it was no longer of use to him. But some contemporary authors now prepare their archives for sale as a source of income.

In a roundtable discussion, we then heard from four speakers on aspects of science fiction, narrative, or ecology. Ros Gray introduced the Critical Ecologies research strand at Goldsmiths. Matthew De Abaitua, who works at the University of Essex, read from his new work The Climate Artist, a science fiction novel that takes place in a futuristic, geo-engineered Lake District. The world of the novel, we gathered, is one in which advanced science is responding to climate change, and ‘climate artists’ rather than ‘climate engineers’ are at the centre of it. Two of these characters are based on Samuel Taylor Coleridge and William Wordsworth, thus bringing ecological science fiction full circle and into dialogue with the Romantics who responded to an earlier phase of industrialization in Britain. This chimed with a contribution from Rick Crownshaw (Goldsmiths), who noted the long awareness in art of ways that human beings and industry have altered the environment. Rick described critical debates around the idea of the Anthropocene, an age defined by such human intervention. Nicole Sansone (Goldsmiths) addressed ideas of environment in a quite different way, by showing images of computer games World of Warcraft and Second Life and reflecting on how the kinds of world-building offered by these games correspond to technological limitations and design choices.

Following extensive discussion between the participants, the event closed with a reception. We hope that participants attending the events will take advantage of the chance to meet and exchange ideas with others in the field. Our next event is on 23rd May at the Cinema, Birkbeck, University of London. 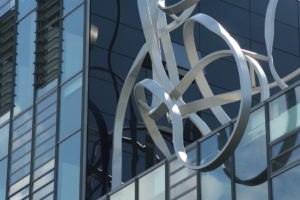