Though often understood in ecological terms, the word ‘environment’ can also be viewed more widely as the surroundings and conditions of a specific system—whether they be mechanical, biological, social or chemical. Culture arises from and then informs these systems, becoming itself a further component of environments. Science fictional texts have explored the interactions between culture, environments and bodies on a wide spectrum of scale: from the level of a planetary biosphere or climate system (e.g. terraforming) to a single body or organ (e.g. genetic engineering). This conference will gather Science Fiction researchers, critics, authors and readers together to discuss intersections between cultural and organic systems in all forms of SF media. Potential topics for presentation include, but are not limited to:

·        Interactions between culture, ecosystems and organisms;

·        Ecological SF’s relationship to its context of production;

·        The technological versus the natural in environmental systems;

·        The relationship between socio-political systems and the environment;

·        The impact of radically altered bodies and conceptions of the body on culture, and vice versa;

·        The aesthetic and conceptual significance of modes and subcategories such as Biopunk and Ribofunk;

·        Interrelations between posthuman theories and texts and different types of technological and environmental change;

·        Connections between SF media and the geohumanities.

This conference is supported by the Centre for Contemporary Literature, Birkbeck, and the Department of English, Royal Holloway, University of London.

Submit abstracts of up to 300 words for 20-minute papers by 31st May 2017 to: londonsfsymposium@gmail.com. Please include a brief biography of no more than 100 words. Applicants will receive a response by 1st July.

For a PDF of the call for papers click here. 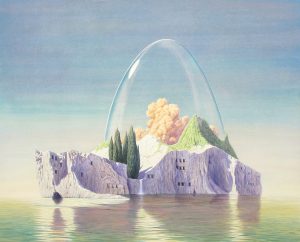