The Politics of US Literature, 1960 to the Present

Can literature have a political impact? Literature played a role in inspiring as well as representing the post-war American counterculture, with writers acting as socio-political leaders as well as cultural icons. Many of the arts saw revolutions in style, with the emergence of action painting, rock and roll and postmodernism. But was the literary revolution just an enactment, within a closed discipline, of the mood of the times, or might it be seen as somehow enacting politics in itself? As the American government policed taste through new rulings such as obscenity laws, art became contested terrain between the mainstream and its oppositions.

Since this flurry of stylistic overhauls in the arts, and since the failure of the post-war revolutionary political programme, has literature lost what political force it may once have had? Is literature now concerned only with recording, with emphasis once again on representation rather than the creation of novelty, its own seminal moments existing only in the past? And are the utopias envisioned in contemporary fiction only escapist fantasy rather than manifestos of intention? Does anybody even read anymore?

This conference seeks to explore the ways in which literature affects lived reality, if indeed it does, and asks whether it is the message behind the writing that could carry such intent, or the form of expression itself.

Presentation topics may include, but are not limited to:

Abstracts of no more than 350 words to be sent to actionwritingbbk@gmail.com by 6th February 2015. 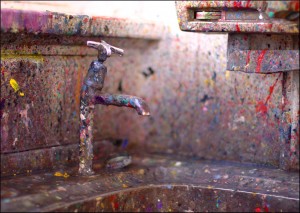